He delivered a lecture at the International School of Information Management (ISiM), University of Mysore, Mysore, about the Open Video Project, whose purpose is to collect and make available a repository of digitized video content for the digital video, multimedia retrieval, digital library, and other research communities. Prof. Gary Marchionini described digital video as “crafted expression”, which has certain emotional characteristics associated with it when a person records it. He highlighted the fact that the main objective of this project was to make the files available, and not streams. The reason for this was that files can be reused, where as streams can’t. However, he also mentioned about certain tools that were in the recent times available, which allowed the conversion of a video stream into a file that can be downloaded. Researchers can use the video to study a wide range of problems, such as tests of algorithms for automatic segmentation, summarization, and creation of surrogates that describe video content; the development of face recognition algorithms; or creating and evaluating interfaces that display result sets from multimedia queries. The availability of a common “open” video repository across the world for researchers means that it will serve as a test collection that enables systems to be compared, in a manner similar to standard corpuses for text retrieval.

The Open Video Project is sponsored by and developed at the Interaction design laboratory at the School of Information and Library Sciences, University of North Carolina, Chapel Hill. Prof. Gary Marchionini is the supervisor of the project. This project began in 1998, with development of a basic framework and digitization of video content, which were contributed by some organizations such as NASA and by other universities such as Carnegie Mellon University (CMU). The first phase of the project was mainly about coding the video files with Metadata, and making them available online for the researchers.

More information about the project can be obtained at: http://www.open-video.org/

Prof. Shalini R. Urs, the Executive Director of ISiM, welcomed the gathering and also delivered the vote of thanks. 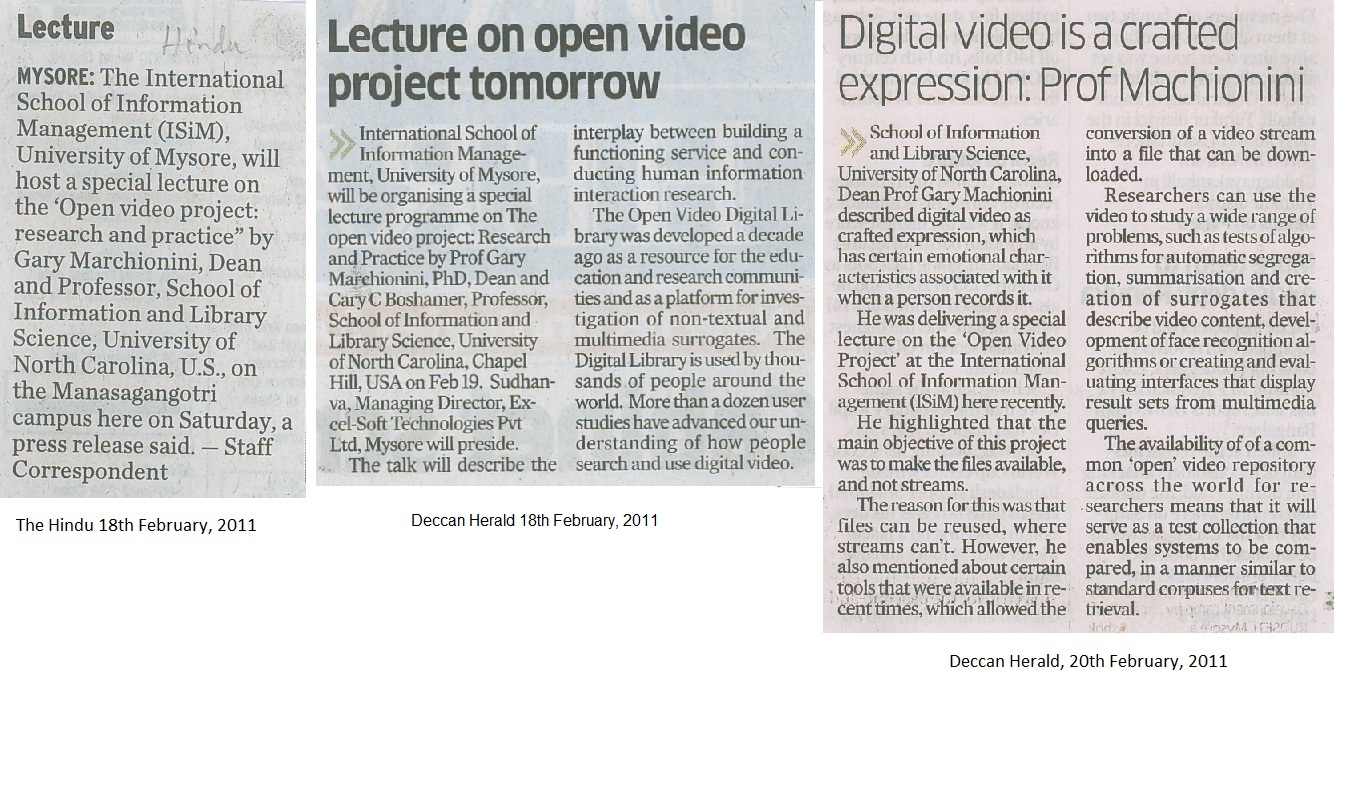 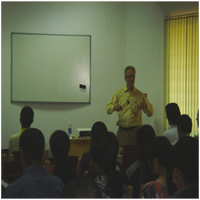 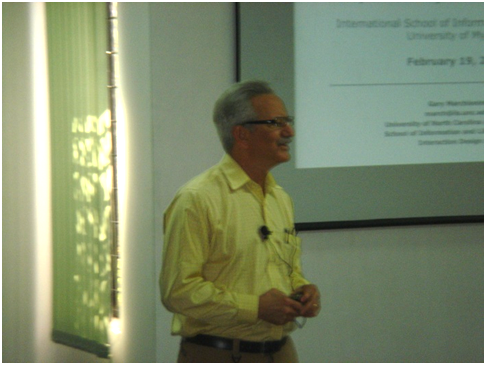 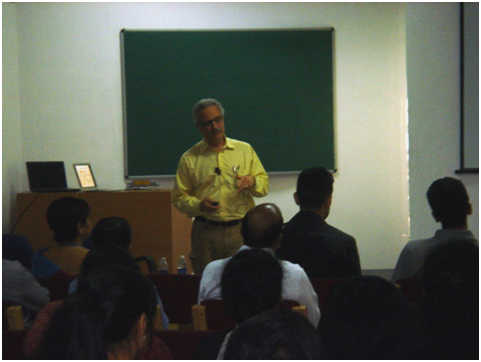